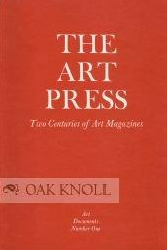 The death has been announced  of Trevor Fawcett, aged 83, who died peacefully in Bath on 21 July 2017.  Trevor was a founder member of ARLIS, senior librarian at the University of East Anglia,  initiator of the History of Bath Research Group, and a widely respected author and editor of many articles and several books, including The Art Press: Two Centuries of Art Magazines (with Clive Phillpot) and books on the history of both Norwich and Bath. Trevor remained interested in ARLIS, and as recently as 2016 responded to a call for missing issues of the Art Libraries Journal for the society’s archive at the V&A. His generosity ensured there was a complete run for Cambridge University Press to digitise and to be preserved for posterity.

Clive Phillpot, in his article in Art Libraries Journal in 1985 to mark the occasion of Trevor’s retirement , wrote:

“Trevor Fawcett has retired from art librarianship. An era is thus delineated. While Trevor had published on art library issues before the birth of ARLIS/UK in 1969, none of these articles had the impact of a short letter which appeared in the Library Association Record in March 1968, asking if there was any interest in co-operation amongst art librarians.

This was the acorn from which grew the oak tree of ARLIS/UK, and ultimately, through Trevor’s role in planning the first International Art Libraries Conference in 1976, the thicket of trees represented by the IFLA Section of Art Libraries, which now shades several continents.

One might say that Trevor Fawcett was fortunate to raise the question of co-operation at a time when the soil for an art library organisation was exceptionally fertile. But one can also propose that the incipient sub-profession of art librarianship was extremely fortunate in having Trevor Fawcett in the right place at the right time.”