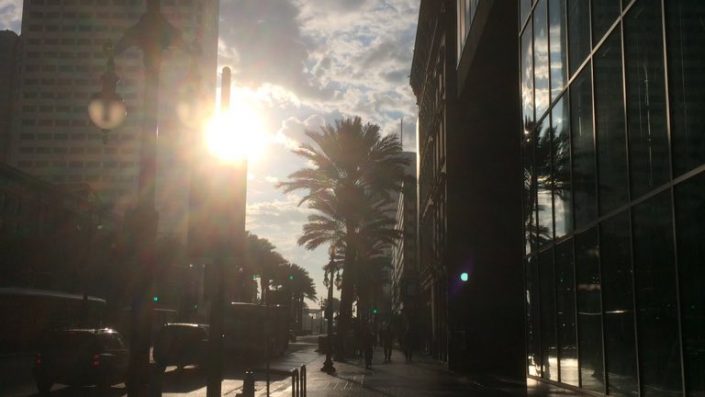 I’ve been meaning to write an earlier post than this but I’ve been on a pretty packed schedule so far, hopefully some of you have been able to follow my updates on twitter as I’ve been re-posting them from the ARLIS/UK twitter account. If you haven’t already search for the hashtag: #arlisUKNOLA to follow my tweets. If you’re interested in more general tweets about the conference, of which there are many interesting ones, search #ARLIS2017 to get a feel for what’s going on.

So it’s a massive operation here. We pre-registered for the sessions we were interested in, as they have multiple speakers on at the same time. I’ve really appreciated being able to shape my own programme as it means I’ve been able to mostly focus on sessions related to information literacy, as well as hearing a few about transformative library spaces and collaborative collection development.

I’ve been inspired by the breadth and depth of experience on display here, and one thing that I think works really well is having a panel of speakers for each session (generally speaking for 15mins or so, but sometimes a little shorter or longer) rather than hearing about one project for 45mins as it gives a much better overview of what everyone is up to professionally. I think it also encourages more people to put themselves forward as speakers as even I felt like I would be able to do a 15min presentation on any number of projects I’ve been involved in at work, but I might struggle to flesh some of those out for a longer session!

Highlights so far have been the great work everyone has been doing in innovative information literacy, and I’ve been heartened to see how similar a lot of our approaches are. We’ve heard about lots of teaching happening around the ACRL framework which seems to dovetail nicely with a lot of our own recent efforts in teaching around threshold concepts. Particularly striking was hearing one speaker talking about making his students complete a project on building a collection of resources and tagging them with metadata, which eerily almost exactly mirrored a session I ran last week!

But it’s not all been about librarians talking librarian stuff. We had an inspiring session late on Monday entitled: “Pulse points and back beats”, which featured an incredibly distinguished panel of music historians celebrating initiatives which celebrate the diverse musical cultures that make New Orleans what it is. Highlights included an impromptu live performance from jazz clarinetist (and much more!) Dr. Michael White, as well as DJ Soul Sister schooling a roomful of librarians on ‘Crate Digging 101’.

I can’t help but be impressed by the dedication to the cause I’ve seen evidenced from everyone; never more obvious than the moment a tornado alarm sounded and we all just carried on conferencing. Ah the perils of art librarianship.